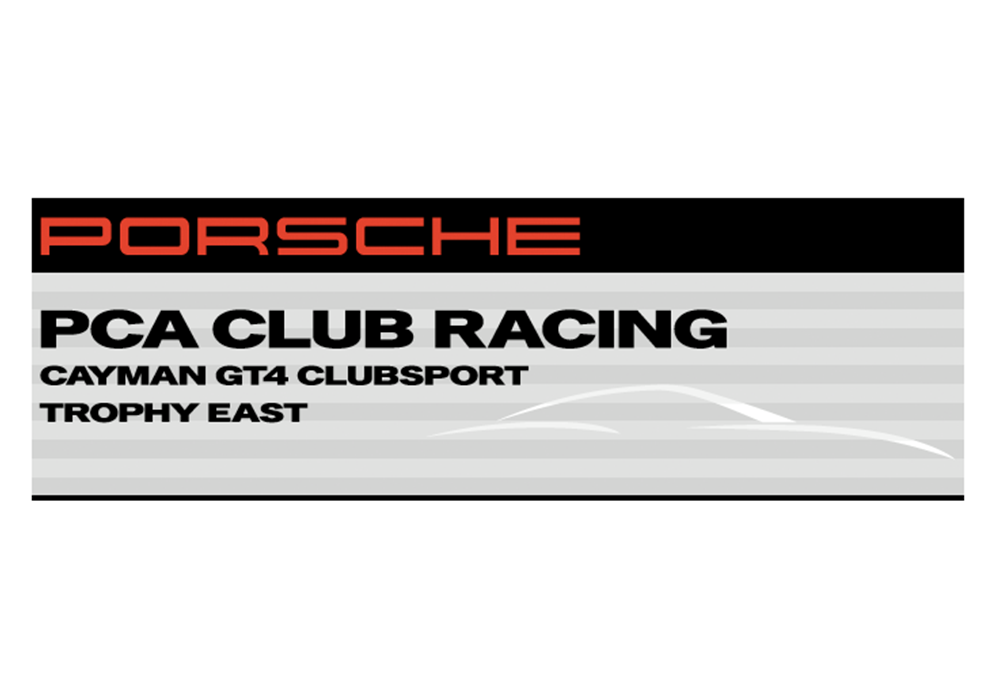 The series highlights the spirit of PCA Club Racing and the skills of its drivers at iconic road racing venues east of the Rocky Mountains. The series provides a bridge for Porsche racers to climb to the professional ranks through this semi-professional racing series. Drivers will compete in a separate group in the new, track-only Cayman GT4 Clubsport race car. The 385-horsepower, mid-engine racer, which features a sealed engine and transmission and a spec tire, is developed by Porsche Motorsport North America and based on the successful street-legal Cayman GT4 sports car.

“The response to the upcoming debut of the PCA Club Racing Porsche Cayman GT4 Clubsport Trophy East series has been tremendous,” said Vicki Earnshaw, PCA Club Racing chair. “The prospect of close racing, with an emphasis on driver skill, in this terrific new race car has attracted plenty of interest from Porsche racers looking to take the next step up in the PCA Club Racing ladder. We can’t wait for the opening weekend at Road Atlanta.”

Each event will feature three races in an exciting, varied format that creates plenty of track time for competition. The first race at each event will last 30 minutes, with no points awarded. The second race will be 30 minutes and the third race 90 minutes, with points awarded after each. Drivers are rewarded with a podium at the end of every points race. Points will be awarded by finish in class, and an individual champion will be crowned at the end of the season. A Masters Championship also will be conducted.

The first two points-scoring races of the inaugural season take place April 1-3 at Road Atlanta. The series continues in high gear just two weeks later on April 16-17 at NOLA Motorsports Park. Drivers and teams then will travel to the scenic Finger Lakes region of upstate New York on May 27-29 at historic Watkins Glen International, followed by an event weekend June 24-26 at picturesque VIRginia International Raceway. The series will enter the homestretch of the season Sept. 2-4 at renowned Road America. The season will end Oct. 21-23 on the high banks and infield road circuit at world-famous Daytona International Speedway.