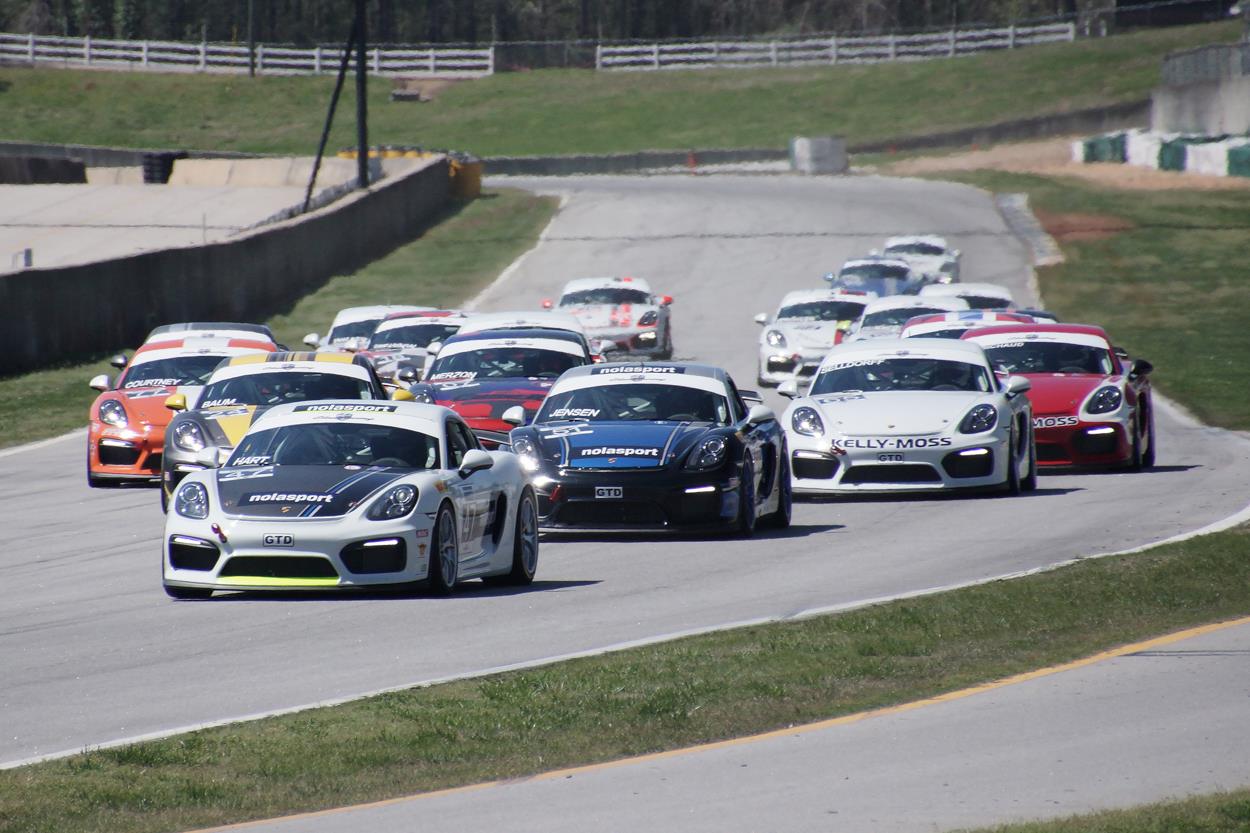 BRASELTON, Ga. (March 29, 2016) – Another chapter in PCA Club Racing history will begin April 1-3 at Road Atlanta as the PCA Club Racing Porsche Cayman GT4 Clubsport Trophy East series makes its debut with one of Porsche’s newest race cars.
Drivers will compete in a separate group within the traditional PCA Club Racing weekend hosted by the Peachstate PCA Club, in the new, track-only Cayman GT4 Clubsport race car. The 385-horsepower, mid-engine racer, which features a sealed engine and transmission and a spec Pirelli tire, is developed by Porsche Motorsport North America and based on the successful street-legal Cayman GT4 sports car.
Up to 23 drivers will compete in the first weekend of the championship, with ample track time on the 2.54-mile, 12-turn circuit throughout the weekend.
The event will feature three races in an exciting, varied format relative to PCA Club Racing standards. The first race will be a 30-minute, non-points race. The second and third races both will count for championship points and last 30 and 80 minutes, respectively.
There will be four practice sessions Friday, April 1 followed by qualifying from 8:35-9 a.m. Saturday, April 2 and a non-points sprint race starting at 10:10 a.m. The second sprint race, counting for championship points, will start at 2:35 p.m. Saturday. The final race of the weekend, a 80-minute endurance event, will start at 1:10 p.m., Sunday, April 3.
Competitors will receive points based on finish in class, with podium recognition for the top three drivers. A Masters championship also will be conducted for drivers 57 years and older.
The Cayman GT4 Clubsport is making its debut in the PCA Club Racing paddock but has already shown its competitiveness with top performances in some of the highest caliber of sportscar racing.
The PCA Club Racing Porsche Cayman GT4 Clubsport Trophy East series highlights the spirit of PCA Club Racing and the skills of its drivers at iconic road racing venues east of the Rocky Mountains. The series provides a bridge for Porsche racers to climb to the professional ranks through this semi-professional racing series.
About the author