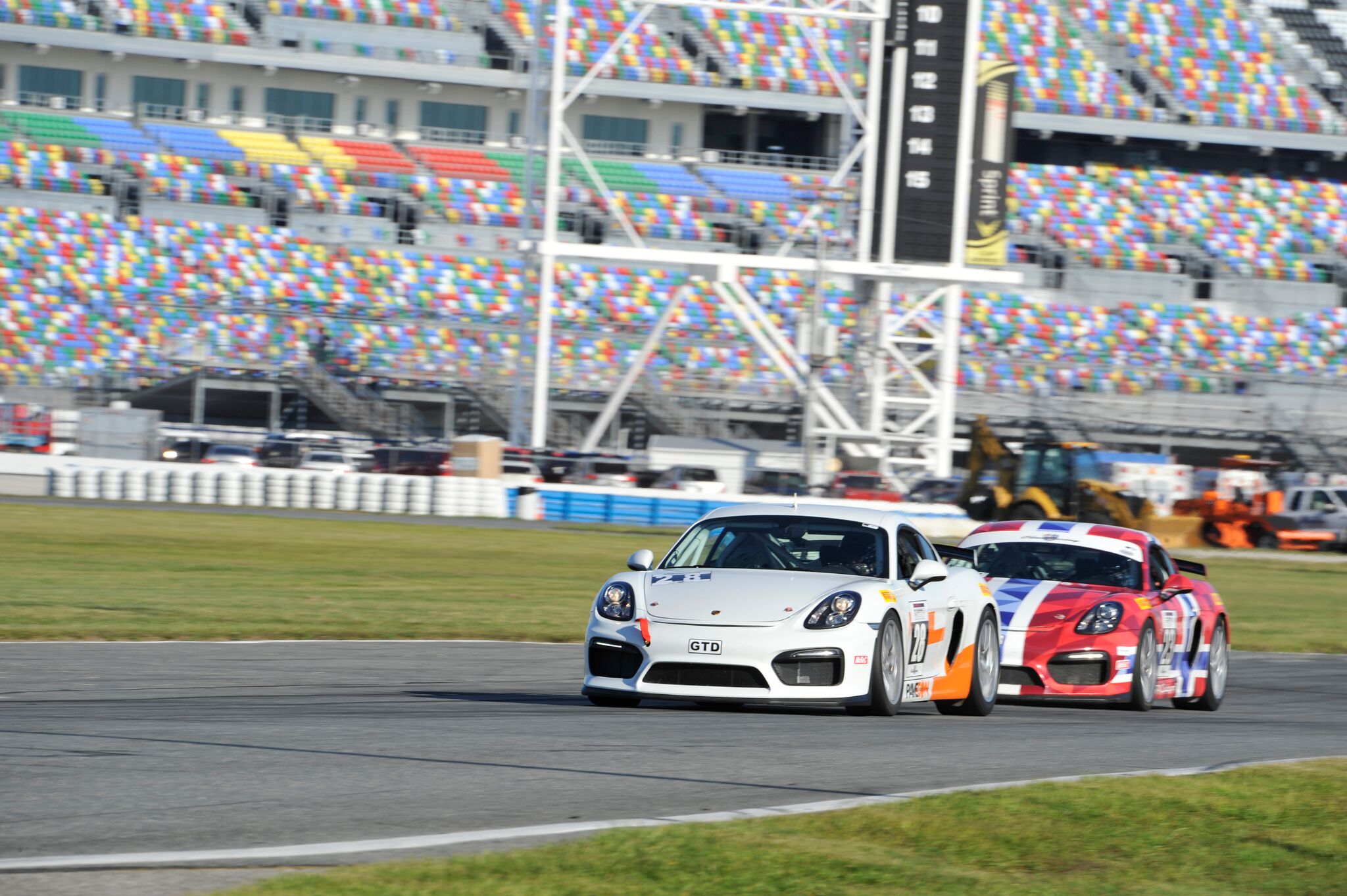 COLUMBIA, Md. (Oct. 24, 2016) – The PCA Club Racing Porsche Cayman GT4 Clubsport Trophy East series has grown from six events in its inaugural season to eight events for the 2017 season at some of North America’s most challenging courses, including a new addition in Canada.

The 2017 season will kick off March 31-April 2 at Road Atlanta in Braselton, Georgia. The second event will be May 19-21 at Barber Motorsports Park in Birmingham, Alabama, which marks the series’ first visit to the iconic road circuit.

Two races will be held in June – the first June 2-4 at Watkins Glen International in Watkins Glen, New York and the second June 23-25 at VIRginia International Raceway in Danville, Virginia. The series competed at both of these venues in 2016.

New this year, the series will visit Monticello Motor Club in Monticello, New York July 14-16. Monticello Motor Club is one of the most exclusive private country club racetracks in the world and has more than 400 car enthusiasts as members, including Cayman GT4 Clubsport drivers John Frank, Adam Merzon and Joe Courtney. Around 50 members of this club also have PCA Club Racing licenses.

“We only hold one PCA Club Race per year and we’re thrilled to add Cayman GT4 Clubsport Trophy East to our lineup,” said Ari Straus, CEO and managing partner of Monticello Motor Club. “Because of our exclusive schedule, we offer double the track time for the drivers.”

Drivers and teams will then travel north to Canadian Tire Motorsport Park in Ontario, Canada Aug. 4-6. This event marks the series’ first trip over the border of the United States.

Rounding out the season will be a race Sept. 15-17 at NOLA Motorsports Park in Avondale, Louisiana. This track is home to NOLAsport race team – the Championship class (Keith Jensen) and Pro class (Jason Hart) winners of the 2016 season. The Cayman GT4 Clubsport Trophy East series finished its 2016 season on a high note at Daytona International Speedway and will once again have the 2017 season finale at the iconic track in Daytona Beach, Florida Oct. 27-30.

Drivers compete in a separate group within the traditional PCA Club Racing races in the 385-horsepower, mid-engine racer, which features a sealed engine and transmission and a spec tire. The car was developed by Porsche Motorsport North America and based on the successful street-legal Cayman GT4 sports car.

Racing in the PCA Club Racing Porsche Cayman GT4 Clubsport Trophy East series is divided into two classes – Championship class and Masters class. Each class is awarded with its own podium at the end of every race and individual champion at the end of every season.

Pirelli will return as the official tire provider of the series for the second season in 2017. Porsche Design and Stand 21 Racewear will also return as sponsors.

“We can’t wait for our series to head to some of the most iconic facilities in North America,” said Allen Shirley, PCA Club Racing Porsche GT4 Clubsport Trophy East Series coordinator and PCA national steward. “These new venues are important for the growth of the series and we know our teams and drivers will love the additions.”