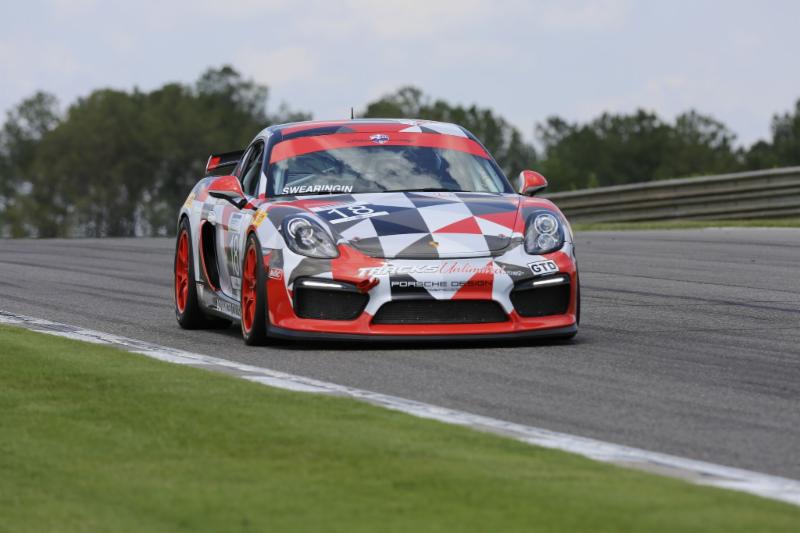 Tennessee PCA Region member Curt Swearingin, who was a rookie and a bit of an underdog during the inaugural 2016 season, has won seven straight races in the Championship class since the season wrapped up at the Daytona International Speedway last October. After winning his very first race at Daytona, he followed it up this year by sweeping both weekends at Road Atlanta and Barber Motorsports Park – winning both sprints and the enduros in his No. 18 Advanced Collision Inc. (ACI) Motorsports entry.

David Baum, who represents the Western Michigan PCA Region, has been close on Swearingin’s heels this season in his No. 24 Autometrics Motorsports entry. The 2016 second-place Championship-class driver is second in points this year and recently gained three podium finishes – including a second-place performance in the enduro – at Barber.

In the Masters class, which is designated for drivers 57 and older, three series newcomers have been consistently getting on podium this year. NOLAsport’s John Crosby, Kathy Mead, who represents the Hill Country PCA Region, and Connecticut Valley PCA Region member Charlie Craig, who drives the No. 76 Autometrics Motorsports entry are having early success in the series after the first two events of the season. Mead is now leading Crosby by just one point – 59-58, with Craig following with 47 points.

TOPP Racing father-and-son duo David and Russell Walker are also hoping to continue their enduro success after two third-place finishes while sharing their No. 28 TOPP Racing entry at Road Atlanta and Barber this year.

The PCA Club Racing Porsche Cayman GT4 Clubsport Trophy East series will be part of five car classes racing at this weekend’s event, which will feature more than 270 Porsches racing on one of the most well-known tracks in the world.