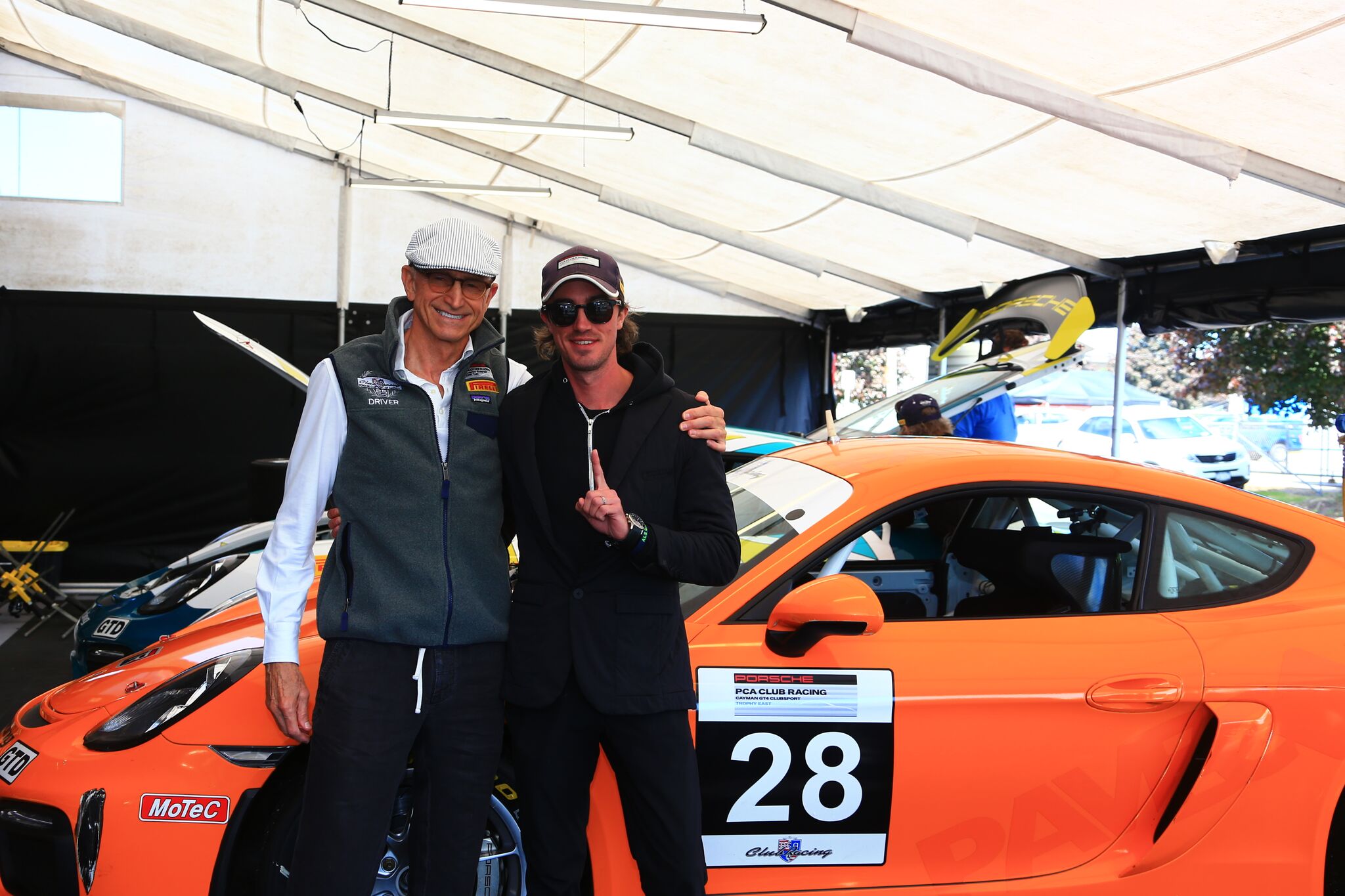 David, 68, created Pavecon, a Dallas-Fort Worth, Texas-based construction and pavement company in 1992. Russell joined the Pavecon team after two seasons of competing in the Pro Star Mazda Series. The two also share a neighborhood – Russell and his family live down the street from his parents so the grandparents can enjoy seeing their grandchild regularly.

Russell said he encourages his dad to take what they have learned from a race weekend back into the office, whether it’s related to culture, teamwork or awareness.

“We are really tight with the business which is special but also challenging,” Russell said. “My dad and I get to teambuild and reset to zero every race weekend – both professionally and emotionally.”

The 32-year-old said he and his dad were race fans since as long as he can remember. One of his earliest memories was sitting in the front row with his dad at the San Antonio Grand Prix.

David did a Skip Barber Racing School around 12 years ago where he really got bit by the racing bug and Russell soon followed. The two got a car and a membership to MotorSport Ranch in Cresson, Texas.

Both David and Russell went on to run in various cars and series including the Pro Mazda Championship, MX-5 Cup, and Grand-Am, where Russell competed in the 24 Hours At Daytona in 2008 in a Porsche GT3 Cup car for the juggernaut Farnbacher Loles Racing team.

“Russell always had a great talent for racing,” David said. “He shot up into the Pro Mazda Championship and was doing well. Then, he started coaching me to be a race car driver too.”

The two took several years off from racing and then saw an opportunity for their next step – the PCA Club Racing Porsche Cayman GT4 Clubsport Trophy East series.

“There was an early rumor about the car being made and we basically made a fast decision to fill out the paper work and just go for it,” Russell said.

David competes in the two sprint races at each event in the series’ Masters class, which is designed for drivers over the age of 57. His son then shares their No. 28 TOPP Racing entry with him during the 80-minute enduro race, where they compete in the Championship class.

“The dynamic between the two of them is just great,” said Todd Opperman, founder and team manager of TOPP Racing. “They work together – Russell is obviously really fast but he’s still helping his dad get faster at each event. David works really hard and he does everything the team tells him to – he goes out there and makes improvements every session. I really enjoy working with the Walkers, they’re great people – just a great family as a whole.”

“Working with the Walkers is fun in that we can see them constantly improving their times even from session-to-session in each event,” said Michael Conn, lead car technician for TOPP Racing. “That’s the most rewarding part about this series for me.”

The duo’s bright orange Cayman GT4 Clubsport dons a special logo in memory of a special friend. The Walkers’ close family friend – Kevin Gosnell – founded ALS One after he was diagnosed with ALS in May 2015. The goal of ALS One is to accelerate progress toward finding a treatment and providing better care to those living with the disease.

“The last thing my good friend Kevin did before he died was to help put together the four top scientists in the world to fight this awful disease,” David said. “We’re proud to carry ALS One on our No. 28 TOPP Racing entry. Any win we get this season, we will always dedicate to Kevin.”

So far in the 2017 season, the Walkers have been more successful than ever. Following two third-place Championship class podiums in the Road Atlanta and Barber Motorsports Park enduro events, David swept both sprint races in the Masters class at Watkins Glen International earlier this month.

“We could just feel it at Watkins Glen that it was going to be dad’s best weekend yet,” Russell said. “His goal is to move up and become a world-class driver and he really wants to co-drive in a huge event like the 24 Hours At Daytona. He still thinks it’s possible and I’m starting to think he’s right!”

“This series has a really great group of people and it’s awesome to see the growth,” Russell said. “I mean look at Curt (Swearingin) from last season – that was a great ride to watch him. And we just know for certain, my dad and everyone here is going to grow by the end of the 2017 season.”