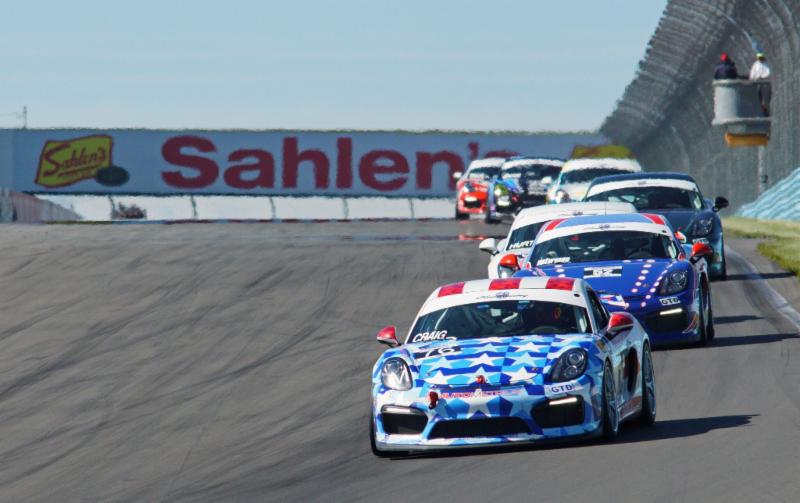 The event, which is part of the PCA Rumble at the Oak Tree, marks the halfway point of the 2017 season for Cayman GT4 competitors. The 3.27-mile, 17-turn track is located just north of the Virginia and North Carolina state line in Danville, Va.

In the Championship class, Curt Swearingin was defeated for the first time all season at WGI in his No. 18 Advanced Collision Inc. (ACI) Motorsports entry. Although his winning streak was broken, Swearingin still leads in points 181-148 over David Baum.

Baum, who represents the Western Michigan PCA Region, had his first win during the 80-minute enduro race at WGI in his No. 24 Autometrics Motorsports entry. NOLAsport’s Alejandro Galindo gained his first podiums of the season at WGI, including a win in Sprint 2, advancing him to third place in the Championship class with 89 points.

In the Masters class, which is designated for drivers 57 and older, TOPP Racing’s Kathy Mead has taken the lead 84-77 over Charlie Craig after her first-place Masters enduro finish at WGI. Connecticut Valley PCA Region member Craig, who drives the No. 76 Autometrics Motorsports entry, earned three podiums at WGI and is aiming for more.

David Peterman, representing the Northeast PCA Region, gained his first podium of the season after placing second in the Masters class in Sprint 1 at WGI.

David Walker is now in third place in the Masters class. Walker and his son, Russell Walker, share the No. 28 TOPP Racing entry. D. Walker swept both sprints at WGI, but the pair failed to podium during the 80-minute enduro race after running out of fuel on the last lap.

The series’ Pro class drivers will be back in action at VIR, including BGB Motorsports teammates Jim Cox and Bruce McKee, who are in first and second in points respectively.