Luxury Car Dealer Praises Porsche in Both Racing and Business 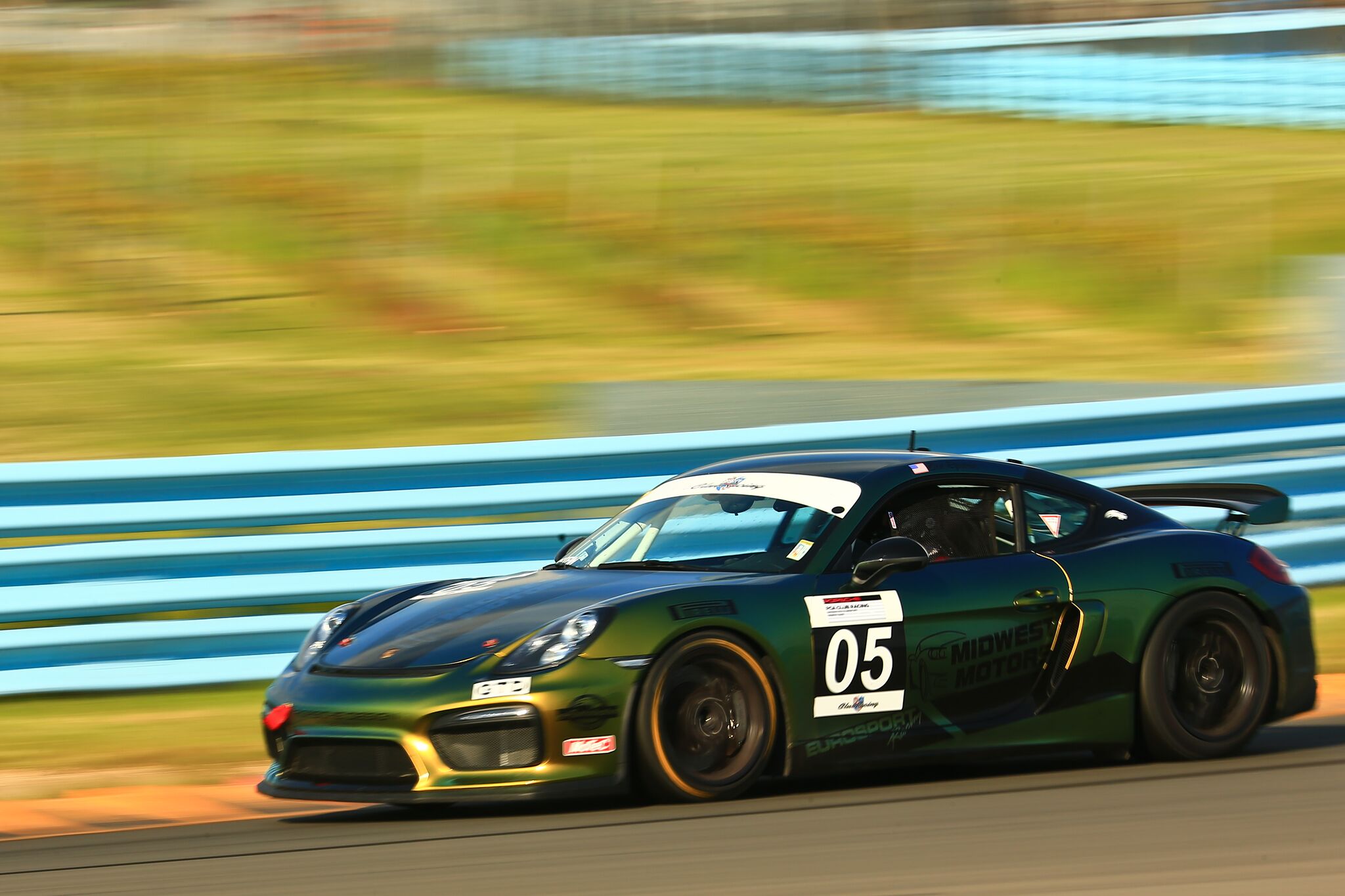 COLUMBIA, Md. (July 25, 2017) – Whether PCA Club Racing Porsche Cayman GT4 Clubsport Trophy East series competitor Ben Ripstein is on or off the racetrack, he is constantly surrounded by Porsche cars – and he’s not mad about it!

Ripstein, a Chicago PCA Region member, is the president of Midwest Motors – known for being Chicagoland’s source for fine luxury and exotic automobiles, including Porsche products.

“It doesn’t feel like work at all – I have the best job in the world,” Ripstein said. “I travel the country going to auctions or private party sales to buy exotic vehicles – who wouldn’t love that?”

Ripstein has always had a passion for cars, and since entering the luxury car business, he has grown Midwest Motors tremendously from small warehouses to a 30,000-square-foot indoor showroom in Lake Zurich, Illinois.

Porsche products are something that Ripstein enjoys selling in his store. His knowledge and expertise goes a long way with his clients and customers.

“A lot of my customers drive Porsche products,” Ripstein said. “Out of all Porsche products, my favorite product is the Turbo S. It’s a great car for daily driving, and has an absolute immense amount of power. All of my clients love to drive them.”

Although the Turbo S is Ripstein’s favorite Porsche product, he doesn’t call any of his Porsches his own.

“The dealership owns all of my cars so I switch cars quite a bit, it just depends on the day,” Ripstein said. “It’s definitely a perk of the job to take whatever car I want!”

The 35-year-old driver has had the opportunity to drive around a variety of unique automobiles throughout his job.

“One time, I drove around a purple G-Wagen for a week and I don’t think I will ever do that again,” Ripstein laughed. “I’ve also had the chance to drive around a Miami Blue Porsche C4S which is a really unique Porsche color.”

Aside from his own cars, Ripstein has also inspired some of his clients to become interested in Porsche racing from his personal experiences within PCA.

“I’ve had some clients that because of my experience in PCA racing, have gone out and bought Caymans, or asked me to secure a Cayman for them,” Ripstein said.

This marks Ripstein’s second year as a PCA Club Racing Porsche Cayman GT4 Clubsport Trophy East series member, and this year, he has made it a priority to compete in more races than last year in his No. 05 Eurosport Racing entry.

Ripstein has a son, Nathan, that will be 3 years old in September and a daughter, Eve, that will see her first birthday in August.

“Last year was a bit of a rocky season to start with having young kids,” Ripstein said. “I wanted to see my kids as much as possible and with my daughter being born in 2016, I couldn’t get to as many races as I would’ve liked.”

Ripstein’s son has followed in his footsteps, also developing a love for cars.

“One of my rituals when I go to races is to FaceTime my son,” Ripstein said. “I walk around the paddock and he asks me to show him more Porsches.”

One day while Ripstein was FaceTiming his son, his son noticed there were a lot of cars with missing steering wheels in the paddock.

“He asked me if the mechanics were going to fix the cars because they need steering wheels again,” Ripstein said. “He’s hilarious and he’s absolutely obsessed with cars.”

Besides spending time with his family and his wife, Joanna, Ripstein is also focused on his 2017 race season and aiming for improvement.

“I’ve taken a different approach this year compared to last year,” Ripstein said. “I used to be a guy that just goes to races and tries to go as fast as I can and not really try to get acclimated to the track. This year, I’ve been taking it slow and really trying to understand the car.”

Ripstein plans on balancing his time between working, spending time with his family and racing this year.