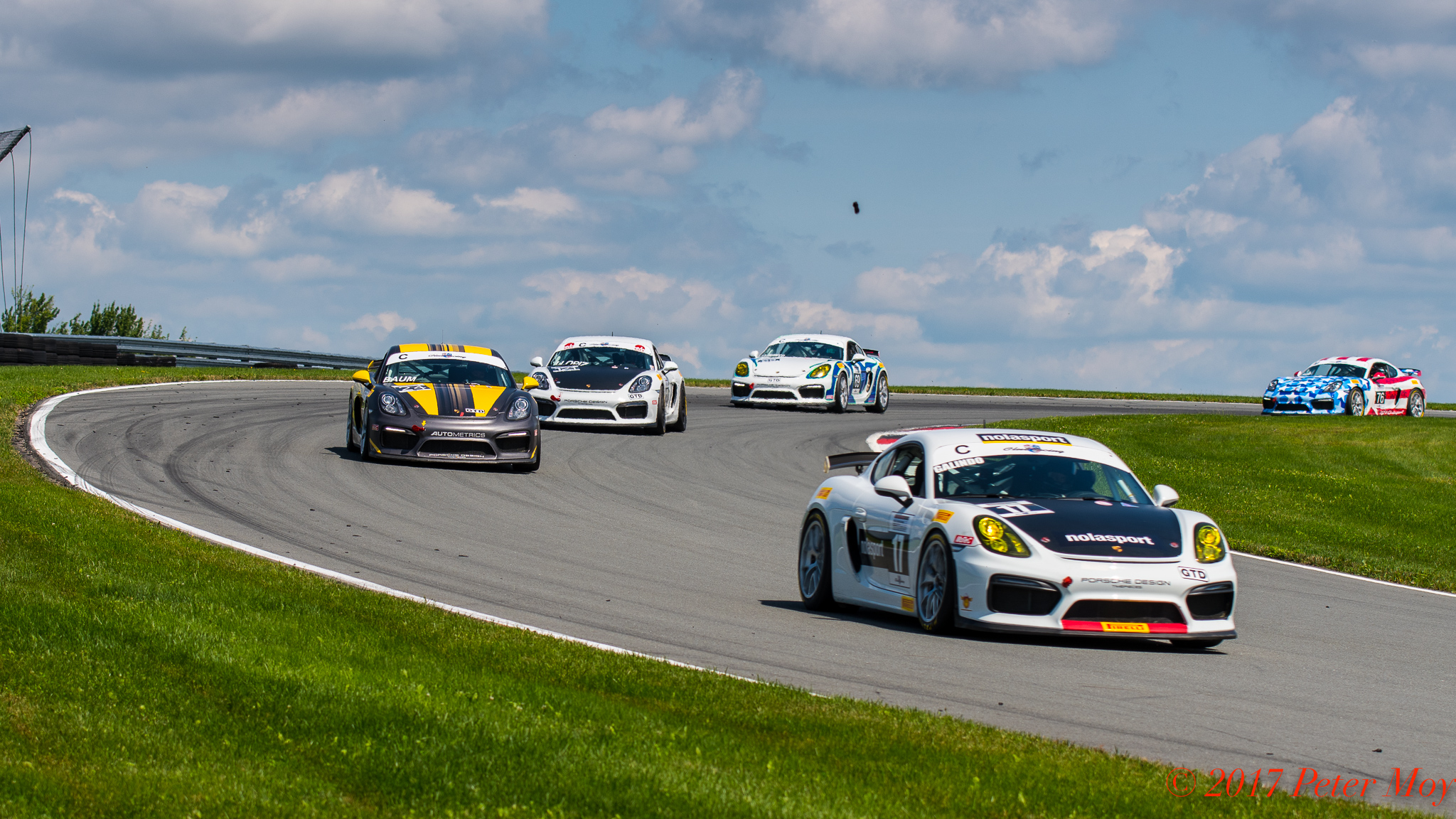 The Upper Canada PCA Region’s Mosport CAN-AM Challenge, which marks the series’ sixth event of the 2017 season, is sure to feature fast, competitive and tough racing. The 2.459-mile, 10-turn road course, located north of Bowmanville, Ontario, includes a fast, left, sweeping downhill off camber turn at Turn 2 which could pose as a challenge for the competitors.

Swearingin, a member of the Tennessee PCA Region, has been tough to beat throughout the entire 2017 season, as can be seen by his point standings. He’s currently leading in points 305-200 over Autometrics Motorsports’ David Baum. NOLAsport’s Alejandro Galindo rounds out the Championship class in third with 177 points.

Following ACI Motorsports’ Efrin Castro’s successful weekend at his home track of Monticello Motor Club, the series rookie is 41.5 points behind Galindo but could make that leap into third place in these last three races of the season.

Although one may assume Canada West PCA Region member Tom Collingwood has experience on this technical track, the series veteran has never driven it. However, the sole Canadian in the series is sure to aim for additional podiums in his No. 69 BGB Motorsports entry this weekend.

Meanwhile, the series’ Masters class, which is for drivers 57 and older, has a new points leader. Charlie Craig, representing the Connecticut Valley PCA Region in his No. 76 Autometrics Motorsports entry, leads in points 129-110 over TOPP Racing’s Kathy Mead.

Mead recovered from her tough weekend at Monticello Motor Club and still competed in the 80-minute Enduro race for points, which paid off. If David Walker, also of TOPP Racing, can gain podium finishes at CTMP this weekend, he will edge out John Crosby for third place in the Masters class. Walker, who shares his GT4 Clubsport entry with his son Russell, is currently behind Crosby by just seven points.