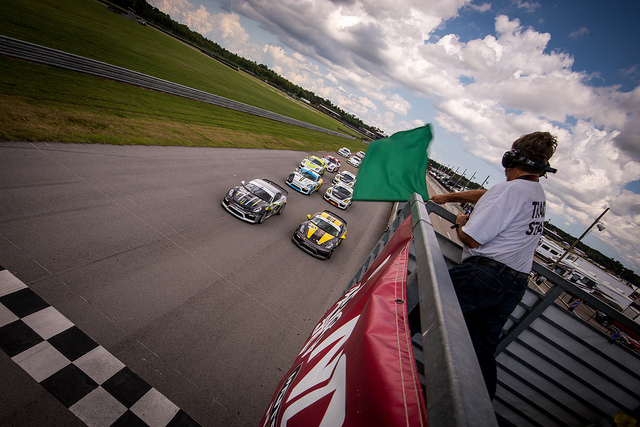 Known for the prestigious Rolex 24 At Daytona endurance race, the 3.56-mile sports car course includes portions of the famous Daytona oval, including high-speed turns with 31 degrees of banking.

Curt Swearingin, representing the Tennessee PCA Region in his No. 18 ACI Motorsports entry, has already clinched the Championship class standings entering the final event of the season.

“I feel great going into Daytona knowing the Championship is secured and that we broke all of Keith Jensen’s records from last year,” Swearingin said. “We know he had a special year in 2016 and I’m glad to have an incredible run in 2017. The things we accomplished and the record we had will be hard to beat for anyone.”

Since Swearingin has already clinched the Championship class, he’s is switching it up and racing his 2016 GT3 Cup car in Porsche Club of America (PCA) Club Racing’s GTC6 class at Daytona.

“It will be bittersweet to show up to Daytona without the No. 18 ACI Motorsports Clubsport entry, but we have met and exceeded all of our goals in the series this year. I am super excited about racing my Cup car for the first time ever in PCA’s GTC6 class at Daytona.”

The battle for second place in the Championship class is sure to be exciting this weekend. Autometrics Motorsports’ David Baum is leading by just 11 points over NOLAsport’s Alejandro Galindo after he won the 80-minute endurance race overall at NOLA Motorsports Park in September.

Other class leaders include BGB Motorsports’ Jim Cox in his No. 38 MR entry in the Pro class and Connecticut Valley PCA Region member Charlie Craig in the Masters class.

Craig is leading the Masters class, 187-148, over Kathy Mead, representing the Hill Country PCA Region. Craig continued his quest for more points by getting second place in both Sprints 1 and 2 and third place in the endurance race in the Masters class at NOLA Motorsports Park recently.

The championship celebration banquet will wrap up the 2017 season Sunday evening at the Goodyear 500 Club at Daytona International Speedway. The event will include awards, prizes and two special sports car racing legends.

Porsche Design will also present the Championship and Masters class champions with an exclusive titanium timepiece as a finale prize.

“Porsche Design of America is thrilled to celebrate our Championship and Masters winners at the 2017 Championship Banquet,” said Greg Kelley, corporate sales manager at Porsche Design. “We have two customized Porsche Design Timepieces engraved with the Porsche Cayman GT4 Clubsport Trophy East logo forever marking this year’s accomplishments. We look forward to celebrating and wish everyone the best of luck at Daytona!”