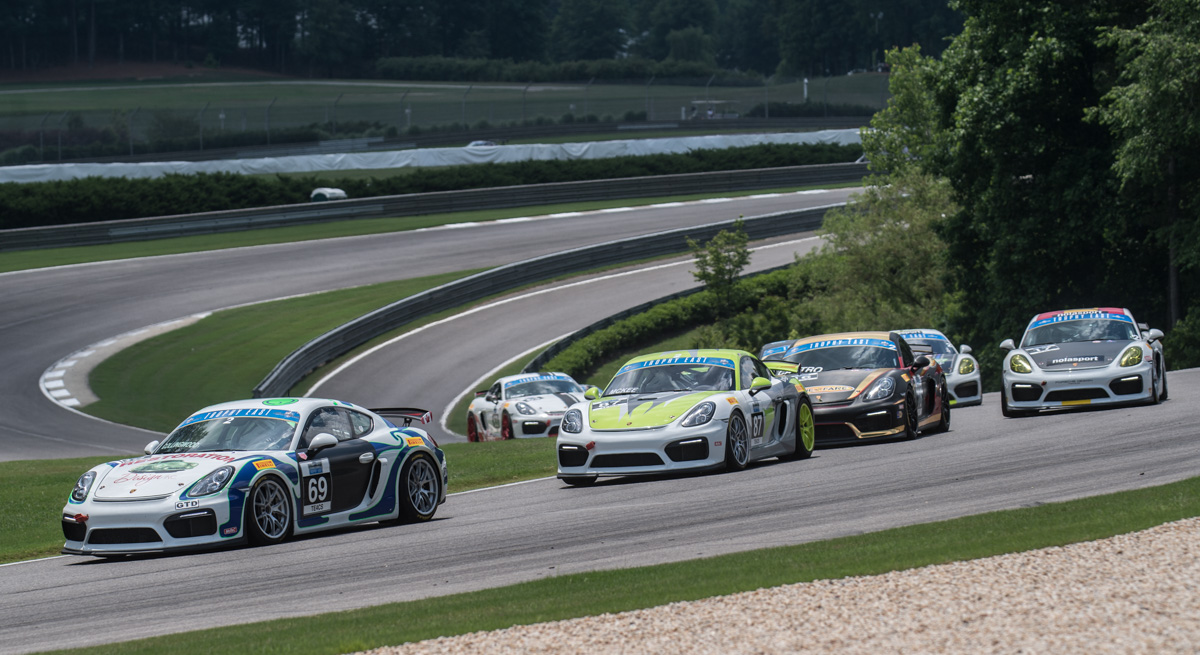 During Saturday morning’s 30-minute Sprint 1, Curt Swearingin, representing the Tennessee PCA Region in his No. 1 TE6 entry, won the race in the TE6 class and overall with the fastest lap time of 1:29.981.

In Saturday afternoon’s Sprint 2, Swearingin once again led the race and came in first place in the TE6 class and overall. Edge and Goetz repeated their 2-3 finish in the TE6 class.

Collingwood was on a roll and once again won the TE4CS class with ACI Motorsports’ Efrin Castro coming in second and Vess placing third.

Swearingin, Edge and Goetz repeated their 1-2-3 finish in the TE6 class with Finch placing first and Jensen second in the TE6M class.

Following the race, PCA included podium recognition for the top three drivers from each class – rounding the points from all three races over the weekend to determine the top drivers.

Next up, the PCA Trophy East Series will head to VIRginia International Raceway for the third year in a row. The event weekend kicks off June 22-24 in Alton, Virginia.