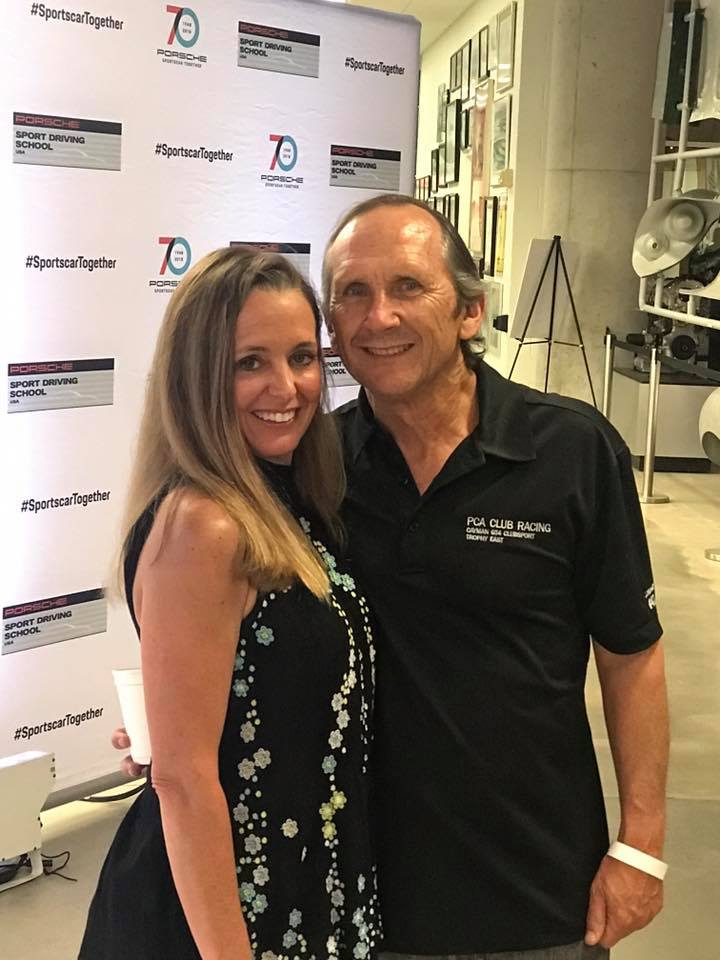 COLUMBIA, Md. (June 11, 2018) – Founded in the 1990s, Porsche Club of America’s (PCA) Club Racing program entertains the world’s largest, single-marque, auto-enthusiast network in the world. Practically three decades of competition etched into history, many have to look back and appreciate how far the sport has come.

One of the most influential club racing figures in the PCA program is John Crosby. In his early 30s, Crosby became a PCA member. By the mid-1990s, Crosby became heavily involved in PCA’s Club Racing program.

“It was a race weekend and I was working at this point as a member and volunteer for the Mardi Gras PCA Region,” Crosby said. “I approached the club racing chairman, at the time – Alan Friedman – and asked if there was anything that I could do to help – three months later I started as a scrutineer for the series.”

In 1999, Crosby was asked to leave his post as scrutineer and was solicited by the newly named chairman to become a PCA Club Racing steward.

“He liked what I was doing and asked me to become a steward,” Crosby said. “In the same breath, Smith then said, ‘Then you will become the next club racing chairman.'”

Crosby would serve as the club chairman until 2006. After his tenure as club chairman, Crosby returned as a club racing steward from 2006 to 2014).

In 2016, it was announced that there would be a semi-pro club racing series added; the PCA Club Racing Trophy East series. NOLAsport owner, Jon Scheurich, began his pursuit to build an elite team. Crosby and Scheurich have been friends for decades.

“I have known Jon since he was about 18-years-old” Crosby said. “We took a road trip for the Mitty at Road Atlanta and then became stronger friends later; through, PCA and racing.”

Sceurich knew that his team was destined for greatness.

“We were at the first race,” Scheurich said. “Since 2016, we’ve had the same team. I think that is what is truly special about this. We won the very first GT4CS Trophy East race at Road Atlanta with Jason Hart driving the No. 47. We ran a full season with two cars and won both the Overall and Pro class Championships that first year.  We’ve had the same small core group of guys (James, Ben, Jason, and myself) taking care of the cars and drivers since day one. It has been a truly special experience, and key to our success in the series.”

Scheurich, too, is a native of New Orleans. He owns NOLAsport and has two locations – one in the metropolitan area and the other at NOLA Motorsports Park.

Jason Hart, NOLAsport’s current driver development coach and 2016 Pro division winner in the Trophy East series, is inspired by Crosby’s ability to compete.
“Crosby is always impressive,” Hart said. “The racing experience that John has, his race-craft is phenomenal. It is fun to watch John race. He can put things together, that a driver with less years isn’t going to be able to set-up and execute; he, has great pace on the track.”

Later this month, Crosby will compete at VIRginia International Raceway and is optimistic that he will have good fortune as the Trophy East series travels to VIR June 22-24.